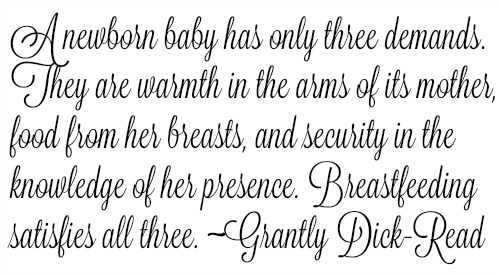 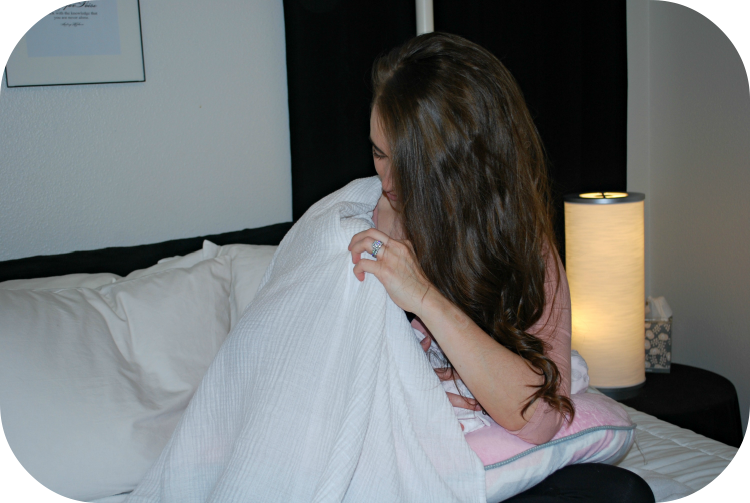 I read and researched, planned and prepped, bought all the must have nursing supplies. Nothing could have prepared me. I knew I would do anything to nurse my daughter no matter what challenges we came upon. Would I produce enough milk? Or what if I had an oversupply? Would she have a tongue tie? Thrush…Mastitis…Plugged ducts! As a new Mom it was all so daunting, especially for a worry wart like myself. I am sharing this to remember what we have been through and how far we have come, as it only makes me appreciate it that much more. And maybe a new Mom out there can take something out of it.

Shortly after Juliette was born we had some help by the nurse with her latching on for the first time. The first day that she was here she was an extremely sleepy babe. I kept telling the nurses that I would try and wake her but she just wouldn’t latch. They reassured me that it was not uncommon. I remember feeling emotional because I felt like I was starving her (the beginning of post delivery hormones for ya!)

When she did nurse it was extremely painful. They tell you, “If it hurts you’re not doing it right!” WRONG! At first it WILL hurt. I was extremely cracked, bruised and bleeding. I had a wonderful lactation nurse who really worked with us and answered my many questions. She told me that Juliette is still learning to latch properly and that unfortunately she is biting instead of sucking, hence the cracking, bruising and bleeding. Juliette also has a tiny mouth and was having difficulty opening wide enough. Each time I would ask for help the nurses would wince at the sight, commenting how painful it must be. I could not help but feel discouraged. My milk came in when Juliette was four days old. That same day we met with a lactation nurse for a routine follow up. Juliette nursed like a champ, which was in a way frustrating because we would struggle with her latch at home but when we had the opportunity to get help everything would be fine. Little stinker! 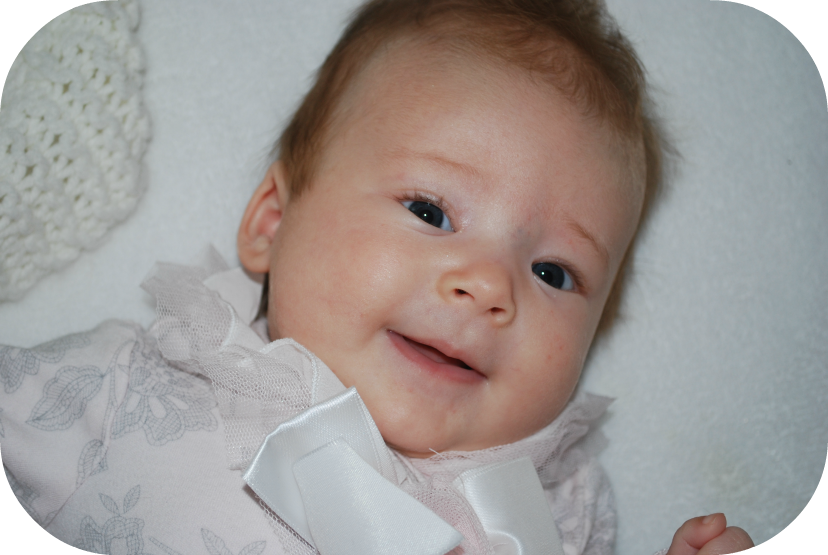 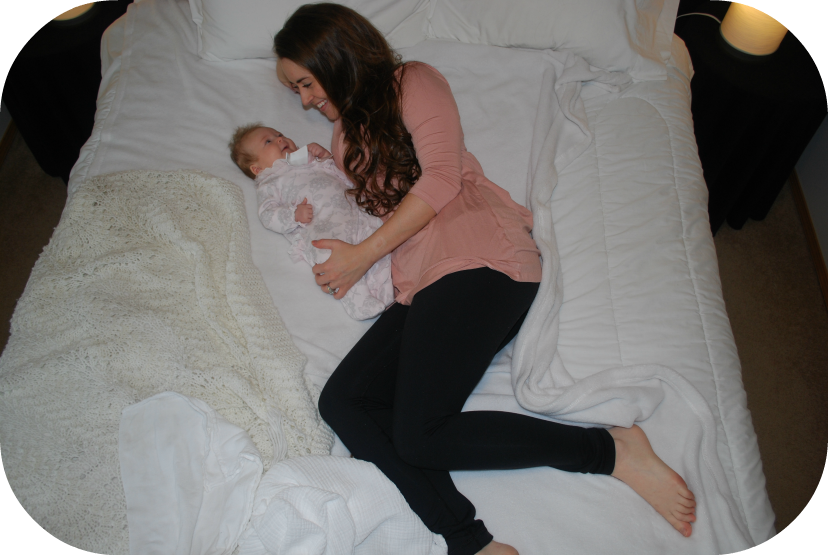 See, I took notes everyday and I am so thankful I did because pregnancy brain only turned into Mommy brain! The first two weeks of Juliette’s life were physically and emotionally draining. It felt like both of us were constantly in tears. Everyone says that breastfeeding is the most natural thing in the world. I couldn’t help but feel that something was wrong with me. Why weren’t we getting it?! One night I was so exhausted that Joren let me get some sleep and tried to take over a feeding with a syringe, because at that point I was nervous about nipple confusion and did not want her to take a bottle. What a fail that was. He ended up waking me as he was covered in milk holding a screaming hungry babe because she wouldn’t cooperate with the syringe. My poor husband, he tried so hard to help as much as he could especially in those difficult early days.

I felt isolated and tied to the couch, especially when she would cluster feed. Due to the pain I became anxious when I knew she needed to nurse and that killed me. I felt so guilty. I’d take a long deep breath when she latched and I’d cry until a few minutes into the feeding when the pain would finally subside. I desperately wanted to nurse her. I wanted that bond and that connection. It becomes heartbreaking when you’re struggling but it is something you have to do every few hours, you’re responsible for nourishing your child. She was dependent on me and I was bending over backwards trying to make it work.

Remember earlier when I said I was nervous about plugged ducts and Mastitis? Fast forward a week or so when I started to FINALLY heal. I noticed in the early evening that my right side was extremely hard and painful. In these early days I googled everything. Okay, maybe I still do. What first time Mom doesn’t? In case I had a plugged duct I did what Mr. Google said and applied heat, pumped and nursed. After getting a few glorious hours of sleep I ended up waking up at 12:30am with chills. I immediately took my temperature which read 101.6. I called the on call Physician who recommended I go to the ER but understood that I did not want to with my 12 day old. She advised to keep an eye on things, take Tylenol and be seen first thing in the morning. Luckily I had already made an appointment with lactation due to our continuous struggles. I was burning up but freezing at the same time. I started to get delirious but still had this little babe I had to nurse. That night was extremely taxing. I remember being in tears and telling Joren over and over, “I don’t think I can do this anymore. I don’t think I can breastfeed.”  He would always say, “Yes you can. Don’t give up.” In those trying moments it truly did not feel like I could.

At 18 days old we had a weight check with the Pediatrician. Here begins a whole new realm of anxiety: weight gain. Or in the case, lack thereof. Her Pediatrician wasn’t pleased that Juliette had only gained 3.5oz in 5 days. I knew what was coming, and sure enough she said it. She wanted us to supplement. I felt my face get hot, trying my best not to cry right then and there in the exam room. Here I was trying my absolute hardest to get breastfeeding down and now this? She said we could try pumping and giving her 2oz of breastmilk after each feeding to ensure she is getting enough milk. At this appointment she was also checked for a possible lip tie and we were given a referral to an ENT Physician for further evaluation. I left feeling discouraged, extremely emotional and overwhelmed. 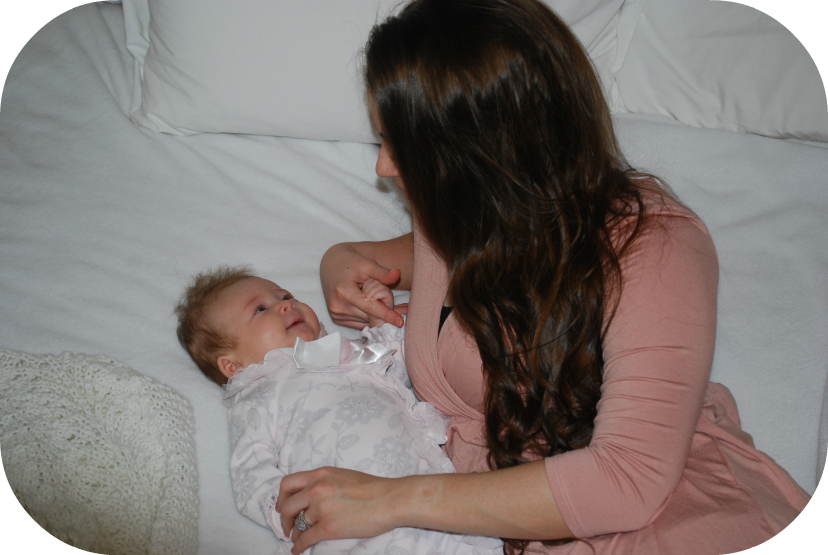 Over the next few weeks I was either attached my pump or Juliette was attached to me. We would weigh her daily on our kitchen food scale and I finally ordered an actual baby scale. I had to know that she was getting milk and gaining. I was exhausted trying to get ahead and get a supply of pumped milk for Joren to give her. Luckily it wasn’t forever. Like I have mentioned before Juliette has always been a spitty baby, so her getting milk from nursing and then an extra 2oz after only caused her to spit up what seemed like everything. We stopped giving her the extra bottles since it only caused more spitting up and we started on medication for Acid Reflux. We also consulted with the ENT Physician who said she has a lip tie and tongue tie but did not feel it needed clipping if it wasn’t affecting our breastfeeding relationship.

And then one day all of a sudden things just…clicked. After about 1.5 months Breastfeeding became second nature for us both. It became our special time. I cherish when she puts her little hand on my chest or wraps her arm around my neck. It warms my heart when I lay her down to nurse and she gets smiley and excited. Somehow I feel she knows it’s our special time, too.

I know we are only 3.5 months down but I feel like that is something to be celebrated, especially given the trials thus far. Here’s to whatever comes next on our journey. Probably more googling, more learning and I imagine teeth will make things interesting… 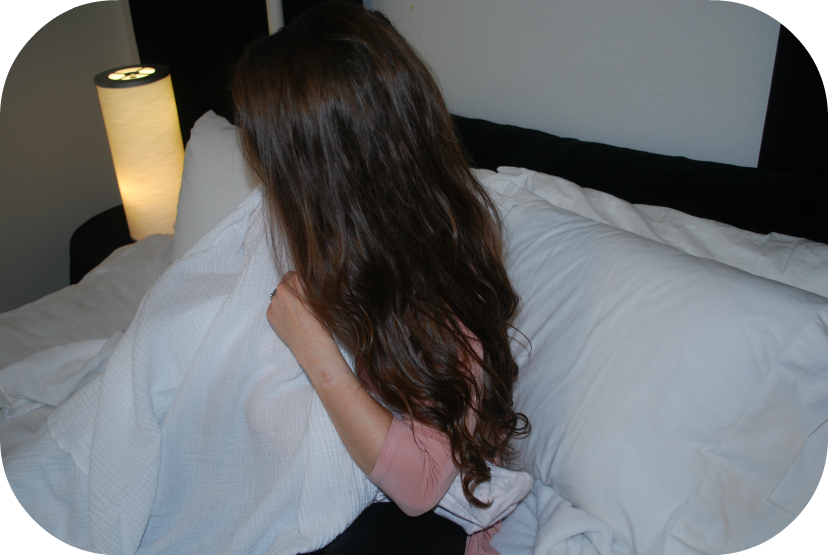