We recently checked off another transitional to do with our sweet and strong willed two year old. It was time to say farewell to her beloved paci. We made the decision when she turned 18 months that she would only have her paci during sleep times and while in the car. That took some adjustment for her but eventually she was really good about leaving it in her bed once she was up for the day. I truly was nervous about this change, much like any other in this wild world of Motherhood, because she was very dependent on her paci to soothe her to sleep. She had to have at least three in her grasp to drift off to dreamland.

Our Pediatrician recommended eliminating the pacifier at least one month before welcoming baby number two, and since we were seven weeks out from his arrival we figured what better time. We picked a weekend so my husband could help me tag team the meltdowns, if necessary.

We always knew that Juliette would work best with the “cold turkey” method. She is extremely strong willed and we knew if we tried other options such as cutting a hole in it, slowly weaning, or having her physically throw them away she would become more upset with the process. Several weeks before we pulled the plug (literally) we would repeat over and over that pacis are for little babies and that she is a big girl. We wanted to get that in her mind especially when it came time for her to see baby brother with a paci.

We told her that the Paci Fairy would be coming to take all of her pacis to little babies who needed them. ​We hyped this up as much as possible over a few weeks to the point where she started to get excited. We asked her what she wanted the paci fairy to bring her, to which she replied an Elsa dress. I immediately went to littleadventures.com, placed the order for the Elsa dress and the plan was set. 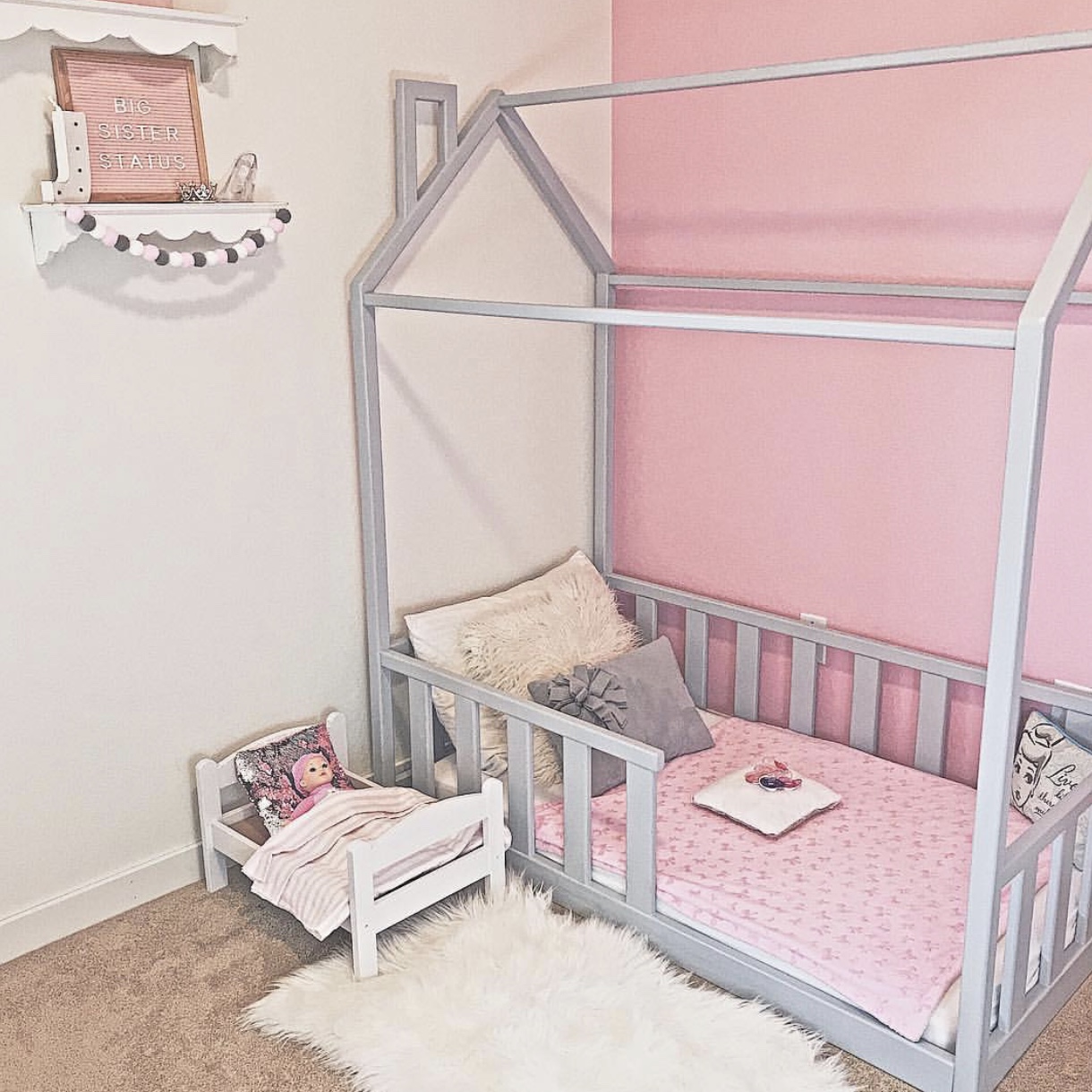 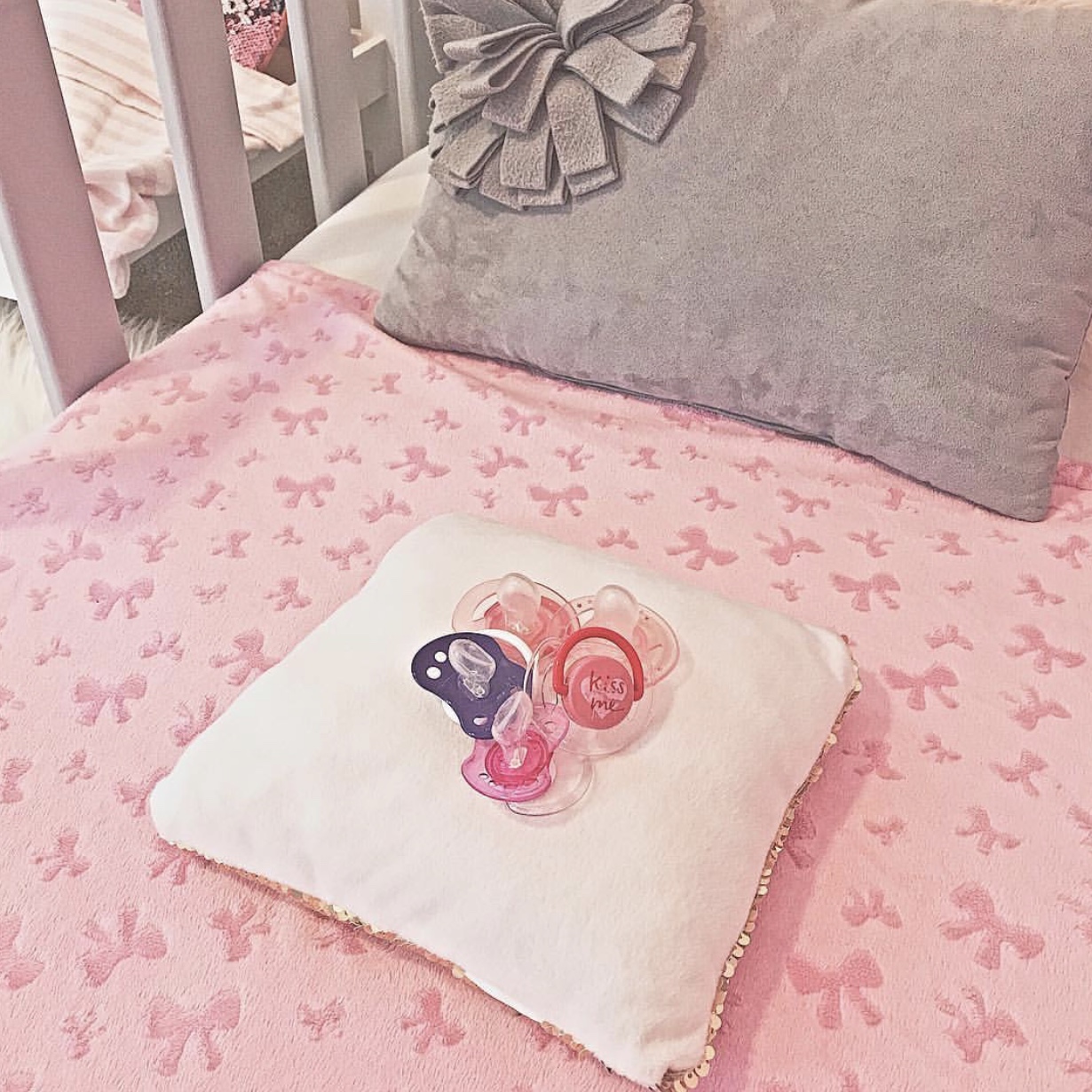 I was so nervous when the day came. I tend to set zero expectations when it comes to these types of things because that way I am never disappointed if things end up in chaos. Juliette woke up from her nap and Joren took her downstairs so I could retrieve all of the pacis from her bed and any that she may have stashed around her room. I set up her Elsa dress and we even put out some coins from the paci fairy (my husband’s idea) because she loves to put money in her piggy bank. Didn’t you know the tooth fairy and the paci fairy are cousins? 😉

We brought her into her room and her first reaction to seeing her dress was a mystified “wowwwww!” and she of course had to put her coins immediately in her bank. So far so good! 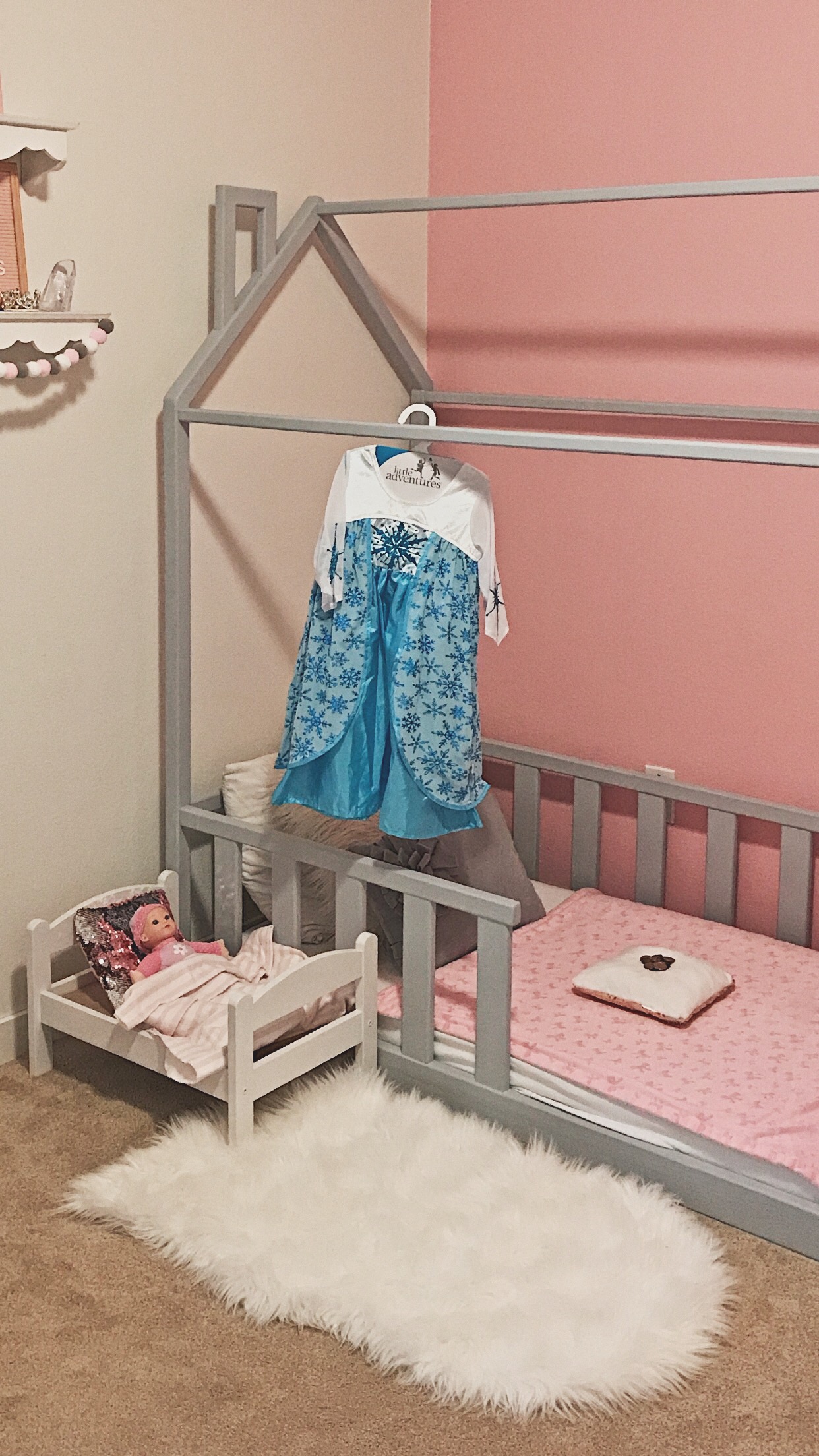 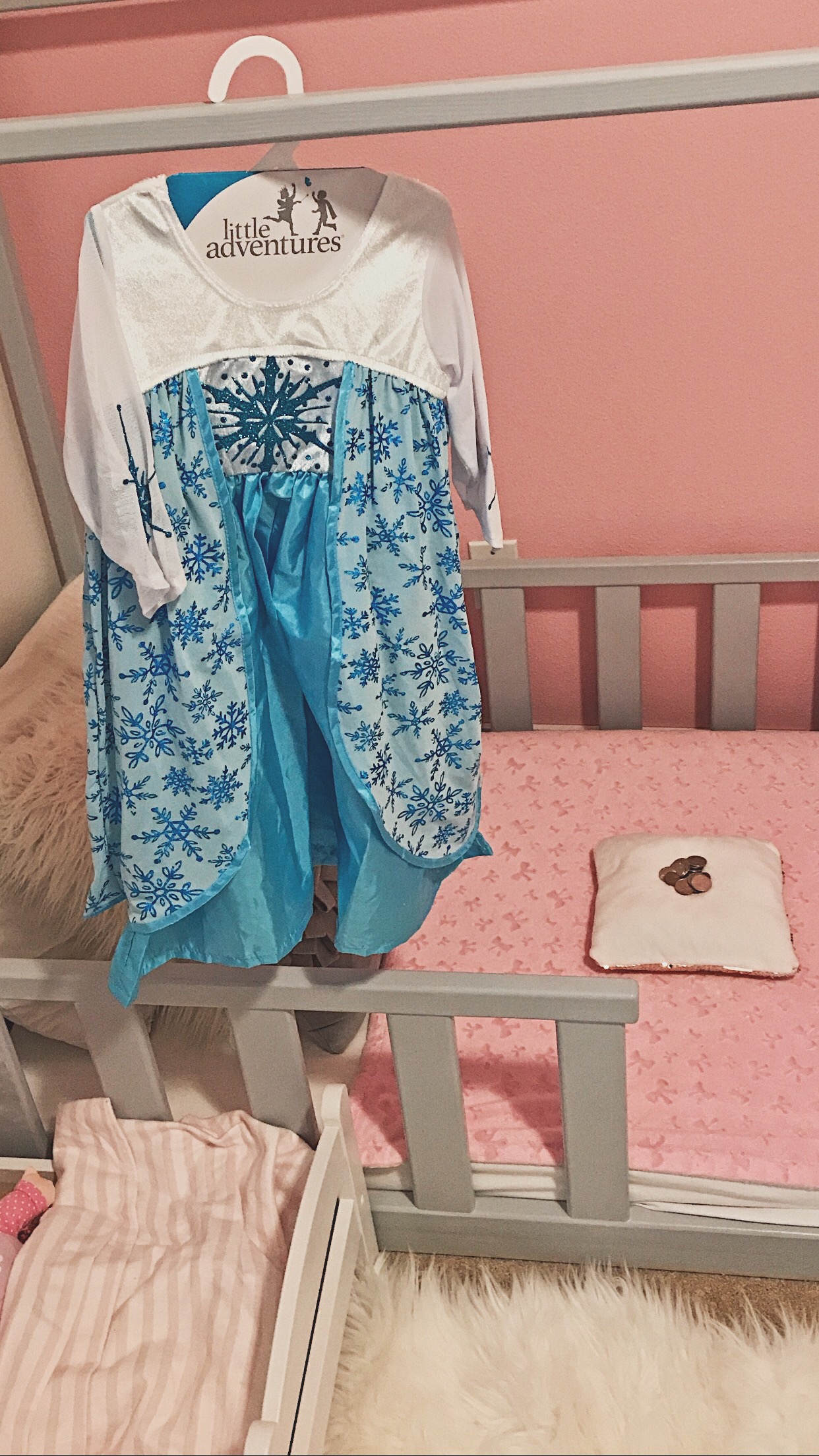 The day went by and it was time to begin our bedtime routine. We changed her diaper, changed into jammies and brushed her teeth. This is where she would typically run to her bed, collect all of her pacis and sit down in her reading nook to read a few bedtime stories. My husband and I held our breath as we watched her typical search for her pacis begin, and naturally she became very upset when there were no treasured pacis to be found. It took some snuggles and gentle reminders that the paci fairy took them to other little babies for her to somewhat calm down. I tucked her in like any other night and left the room. My husband and I both sat on our bed eyes glued to the baby monitor to watch what she did. And to our surprise she whined for several minutes…and then fell asleep!

As proud as I was, I was still nervous about our first nap without the paci. If you’ve been following me for any length of time you know that it took what felt like eternity for Juliette to develop good sleep habits – and naps still don’t always go smoothly. We are almost two weeks with no paci and naps have been a little wonky. She has been fighting them more and has been wanting us to lay down with her until she falls asleep and is getting out of her bed, something we have never had to deal with before. Honestly, I think it’s something else besides getting rid of her paci. I know she has two molars left to cut and this age comes with all sorts of developmental changes. I think without her paci to soothe her she is having a harder time dealing with those changes. She has not once asked for her paci since the first night taking it away and that makes me so proud! I definitely call that a win.

All in all, I am super pleased with how this adjustment went. I think it definitely helped that we talked about it with her and mentioned what was coming for several months before taking the plunge to no paci. It’s definitely a hard thing for parents and a scary thing for babes who are very attached to their soother! It takes a great deal of patience, compassion and standing your ground but I am glad we made this change when we did.

You definitely want to pick a strategy that works best for your family and your little one. If the paci fairy isn’t a good fit, here are some other ideas that I came upon while researching:

+ Take your child to Build a Bear and have them insert the pacifier inside the bear. That way they could still have it with them during sleep times for comfort.

+ Go shopping with your kiddo and have them pick out something that he or she really wants. Take the pacis with you in a baggie and either have your child throw them away at that store or see if the cashier will take them in exchange for the toy. That way you can remind them that they bought their fabulous new toy with their pacis.

+ Cut off the end of the paci or cut a slit so there is no remaining suction. See if your child would willingly throw them away since they’re “broken”.

+ Have a “throw it away” party and celebrate with a special treat.

+ I read the cutest story about how the child (I believe they were closer to 3 or 4) buried the pacifiers in their backyard and the parents planted seeds so the paci grew flowers!

You know your child best! Get creative! I wish you the best of luck.