We welcomed back our teeny holiday houseguest on December 1st and we have had so much fun celebrating with him all month long! This is our second year doing Elf on the Shelf and it has been just as fun as the first.

I have had many questions about Juliette being so young and if it’s worth starting the tradition so early. My answer is YES! Last season Juliette had just turned one so I didn’t go all out with Dash (his name!) but just moved him around the house from place to place for her to spot. She would point and try to say “Dash!” and it was the sweetest thing. This year I also moved him in various spots around our home but I also did a few fun set ups! Juliette would wake up in the morning and the first thing she would say excitedly was “Dash!” and she’d go on the hunt for him. She would light up when she found him and would be so happy to see him throughout the day. The holiday / seasonal living lover in me lives for this kind of thing! I thought I’d share some of Dash’s shenanigans and maybe it will strike some inspiration for your very own scout elf. 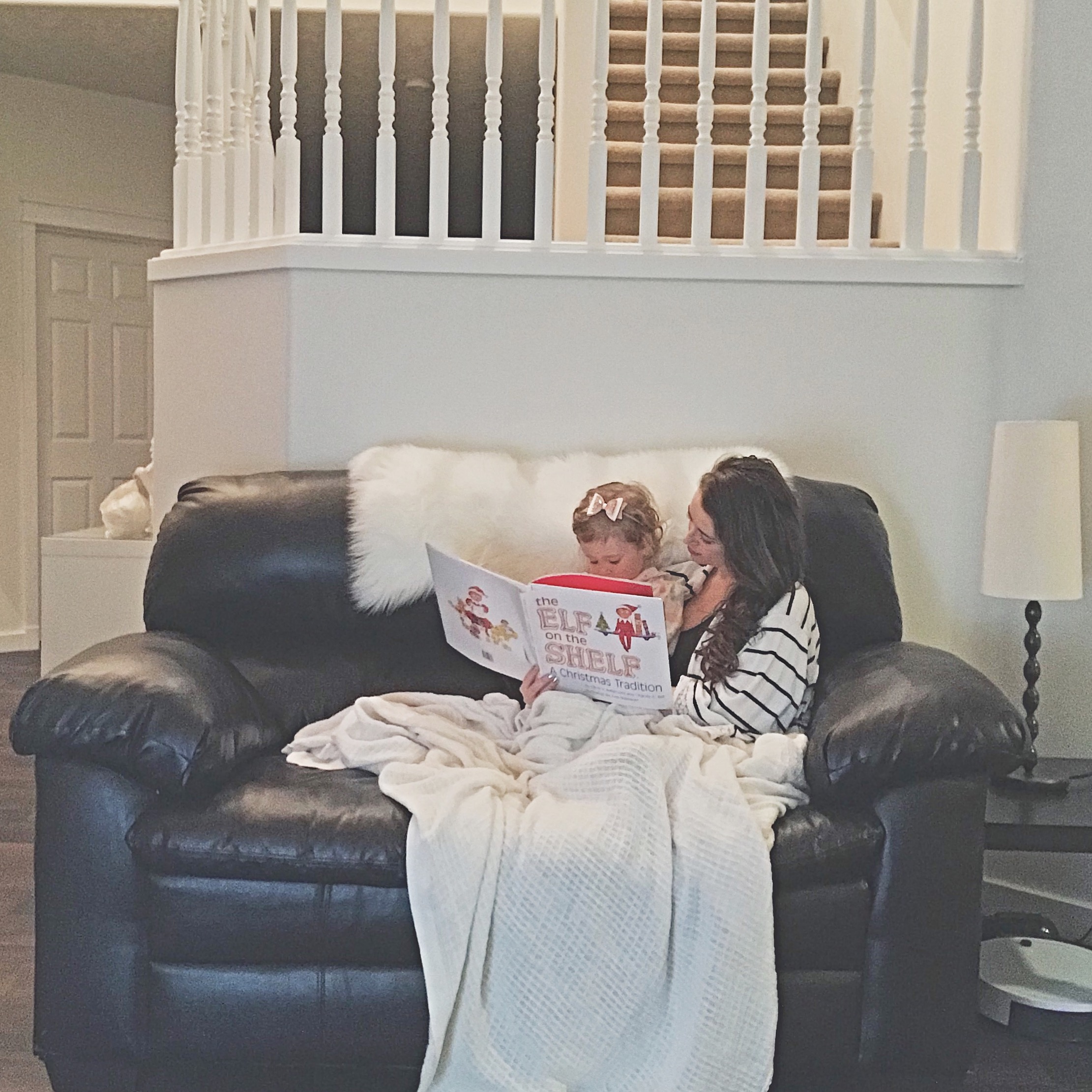 The evening before Dash arrived we read the Elf on the Shelf book to get in the spirit! 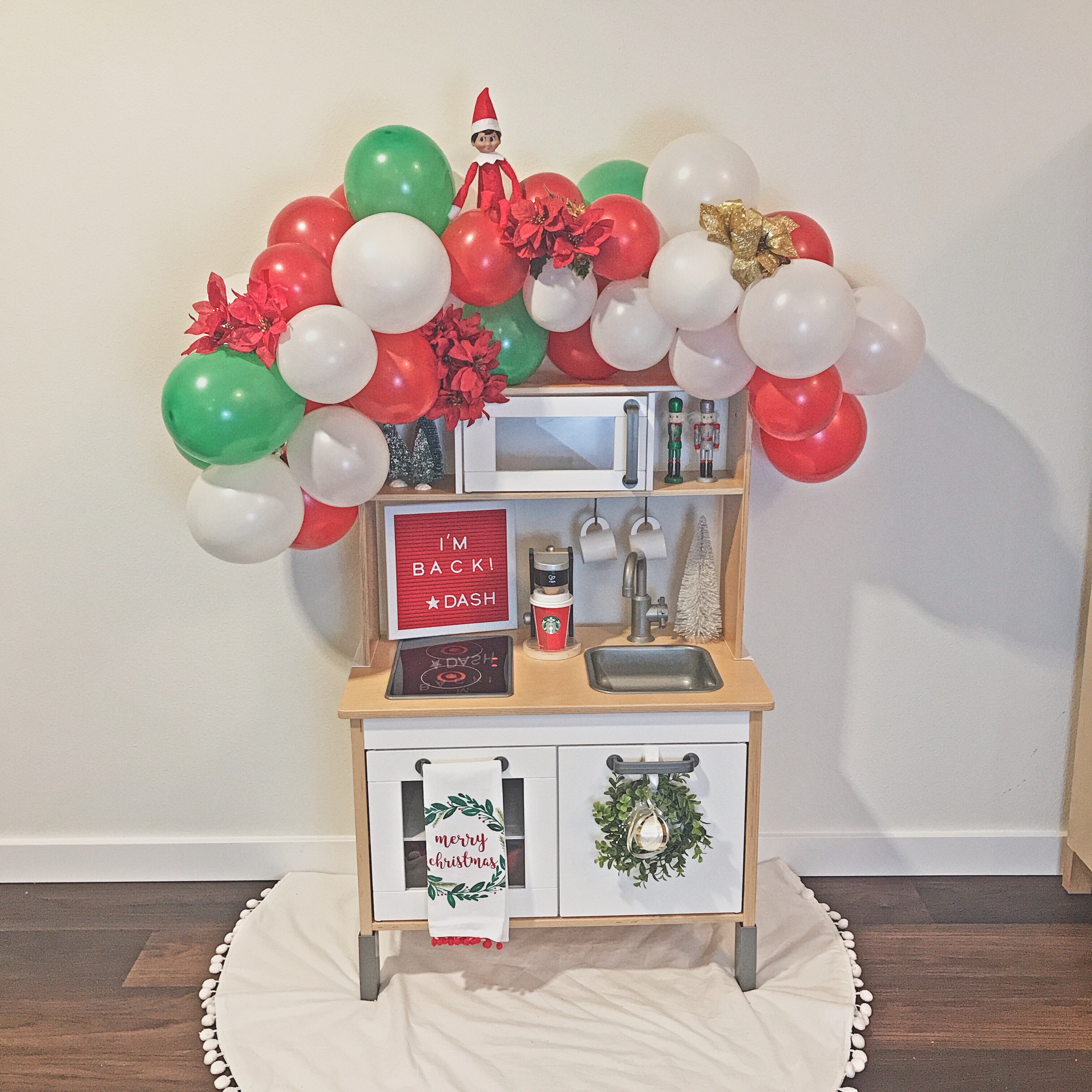 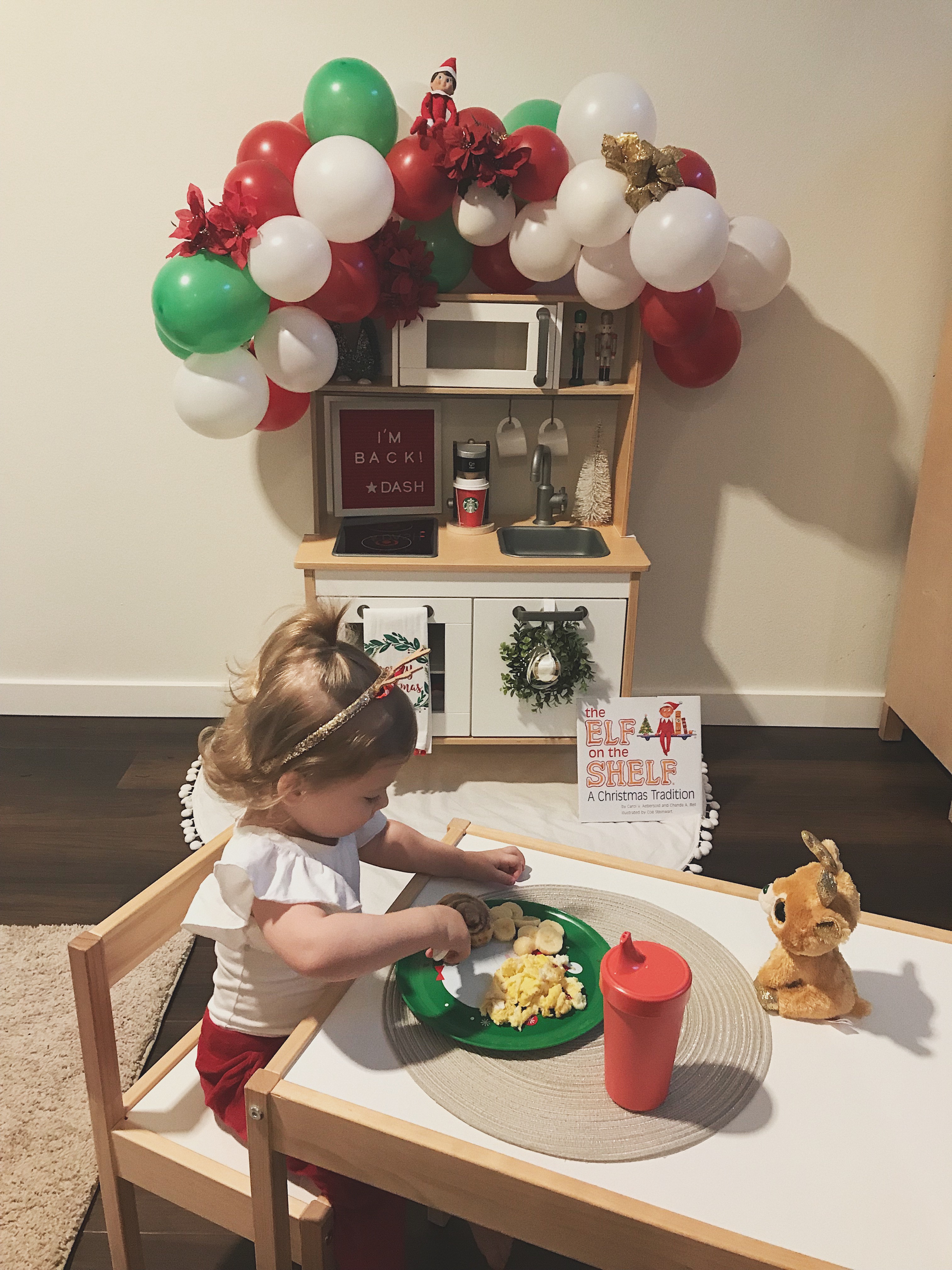 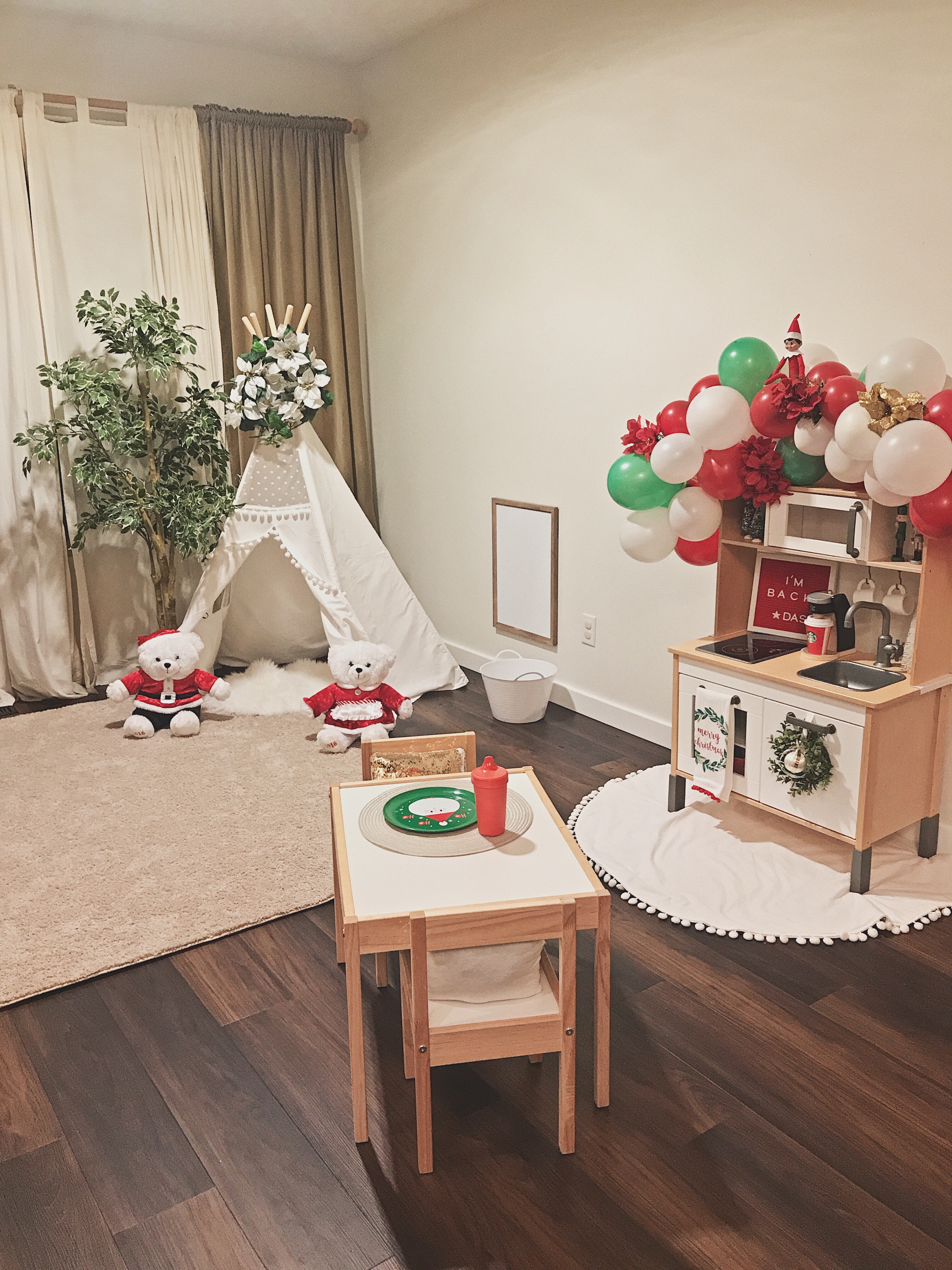 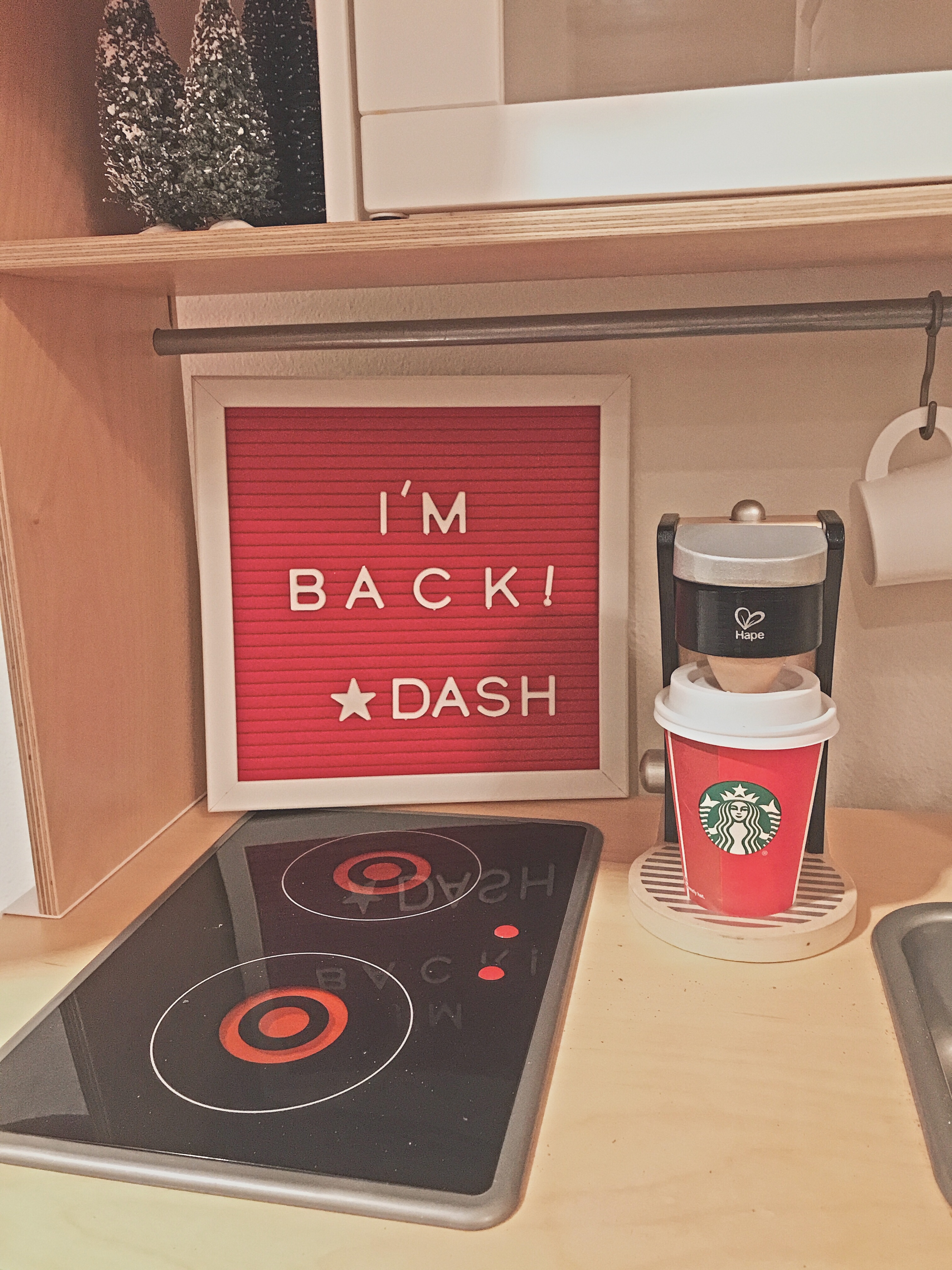 I knew I wanted to start the fun off with a bang so on December 1st Juliette woke up to her playroom kitchen getting a merry makeover from Dash! We also had a special arrival breakfast that included cinnamon rolls, eggs and a banana. 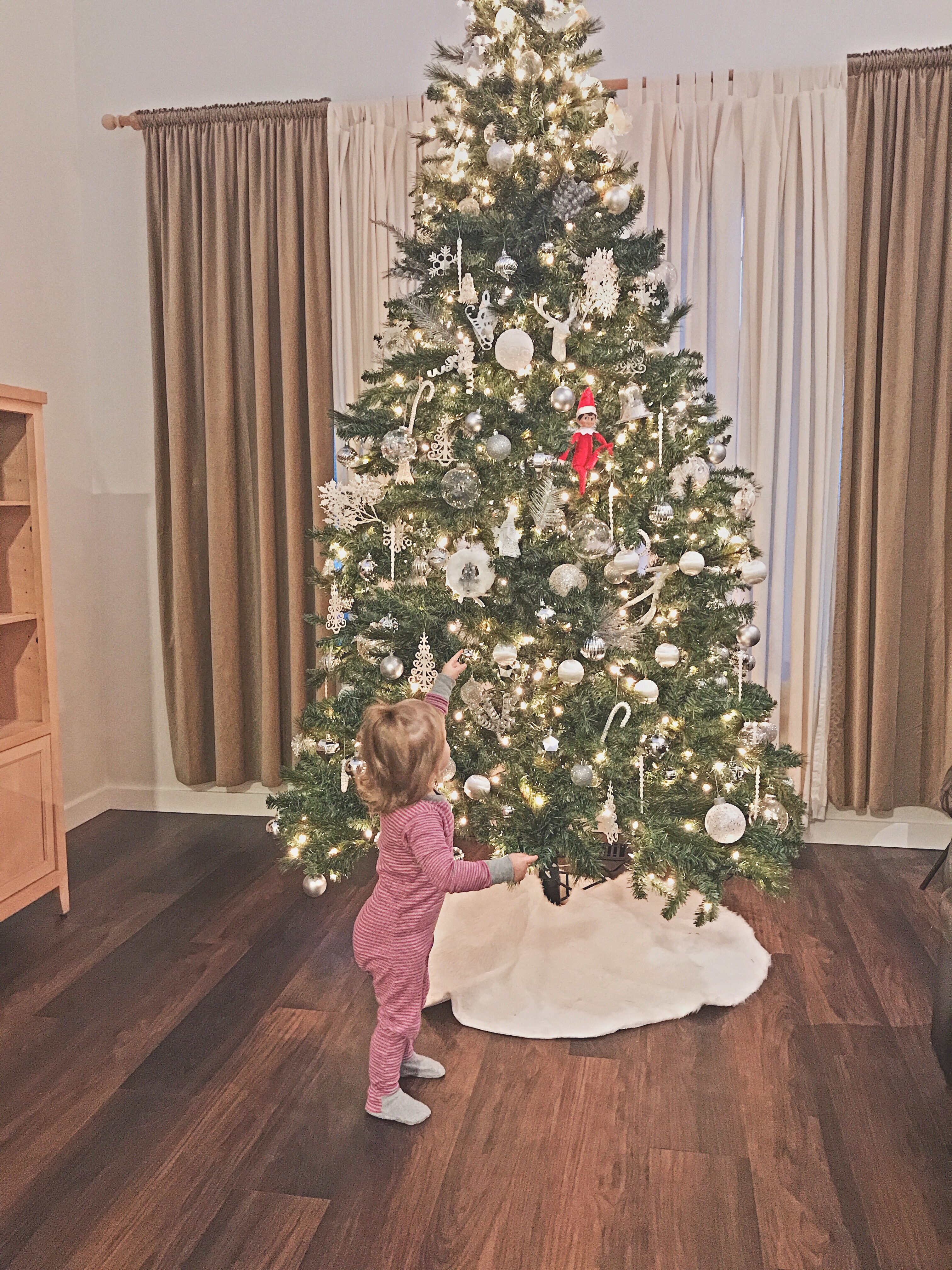 One morning she spotted him hanging out in the Christmas tree!

I’d have to say this one was my favorite 😉 Dash decorated all of the k-cups with Christmas washi tape and helped himself to some hot chocolate!

She had a kick out of this one! Our funny elf took down all of the balloons from her kitchen and put them in her teepee. 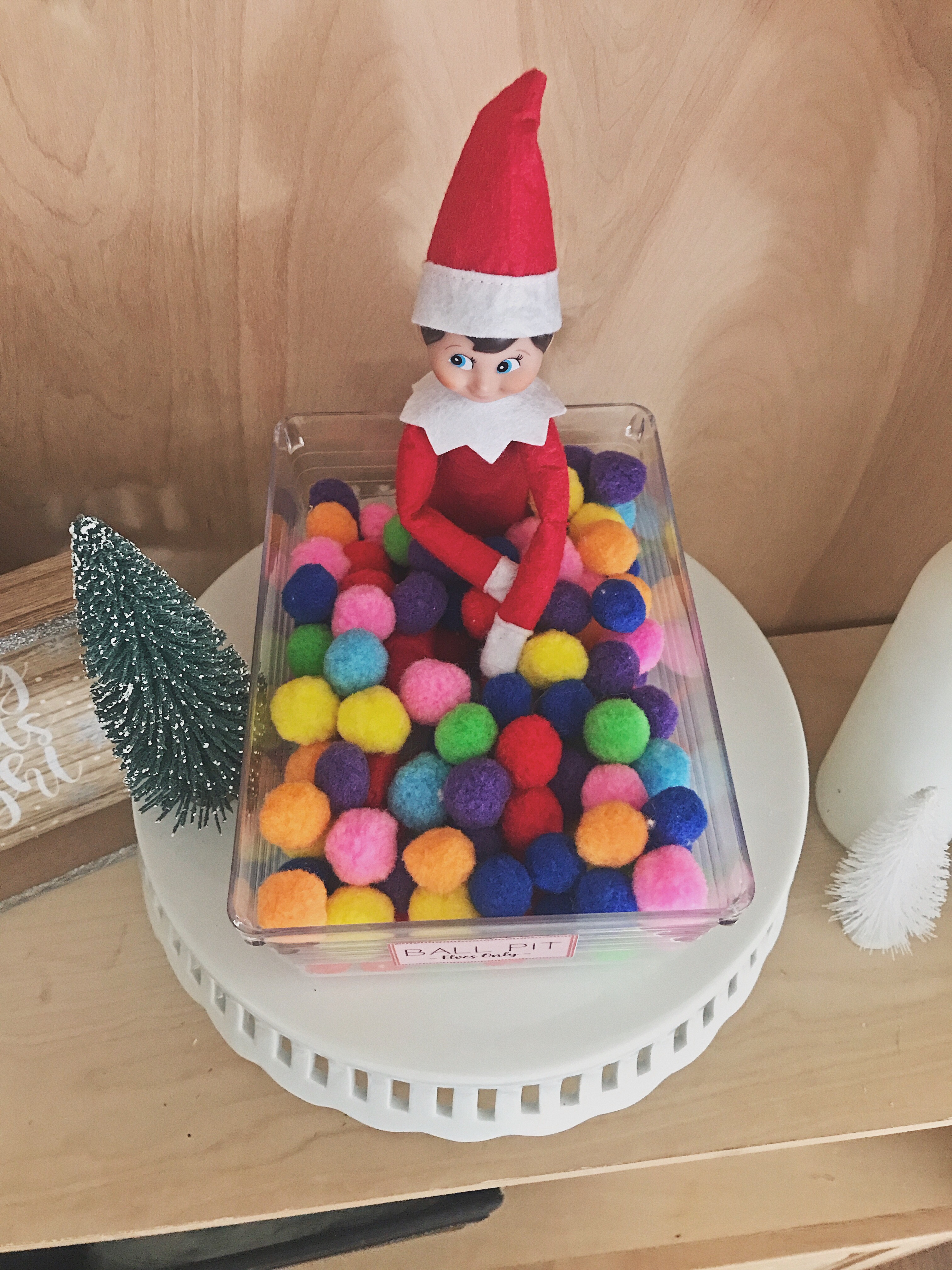 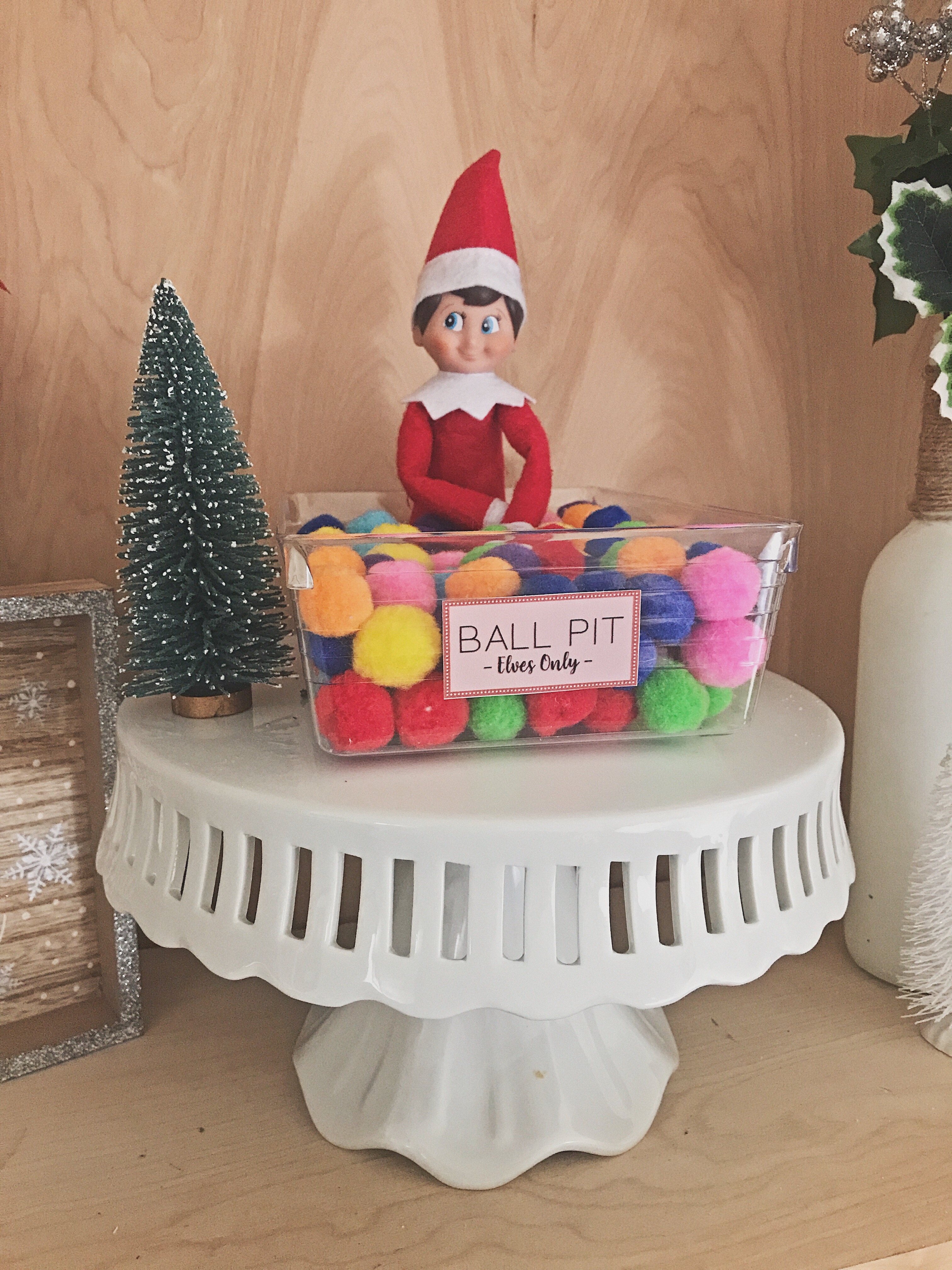 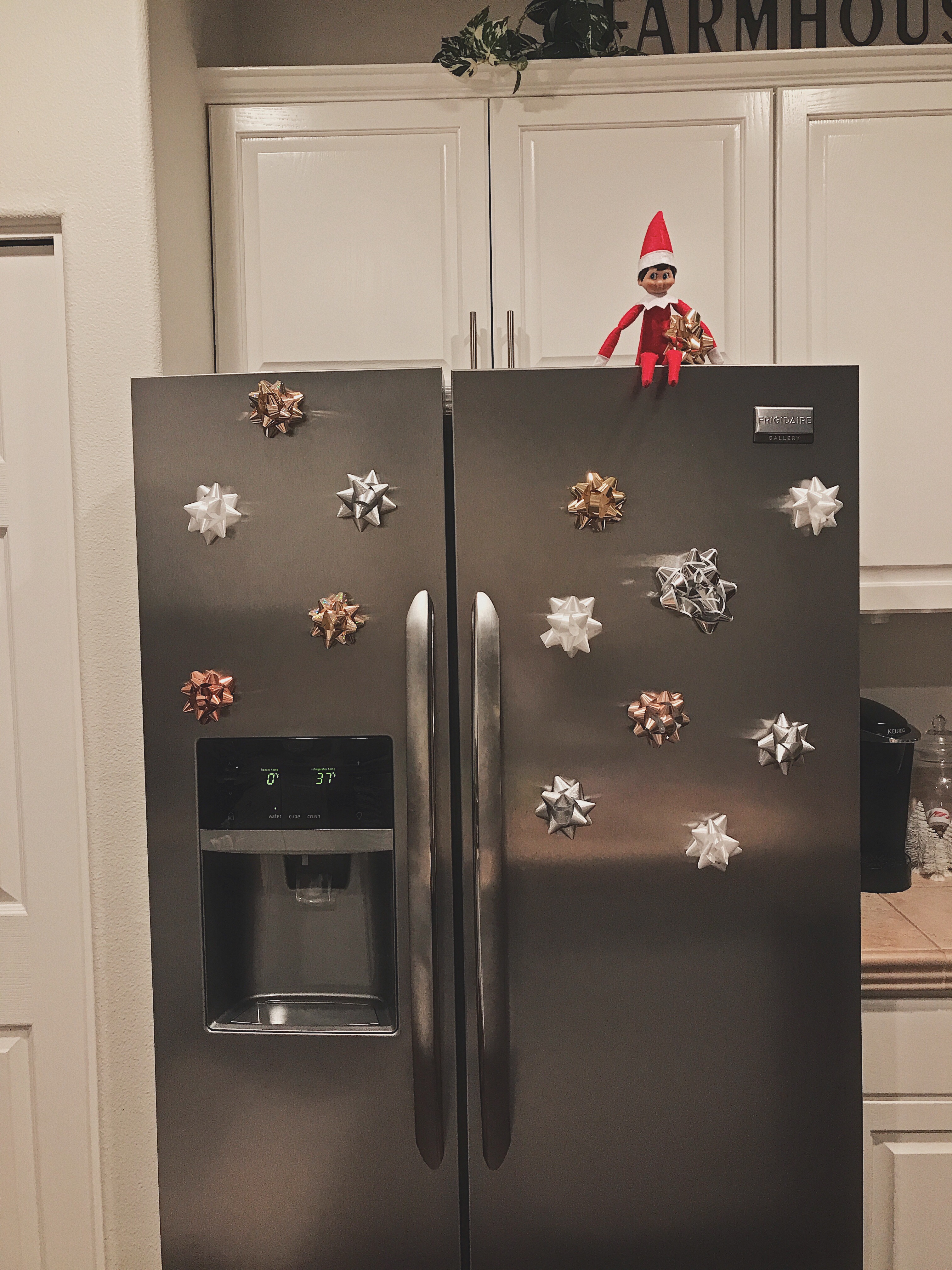 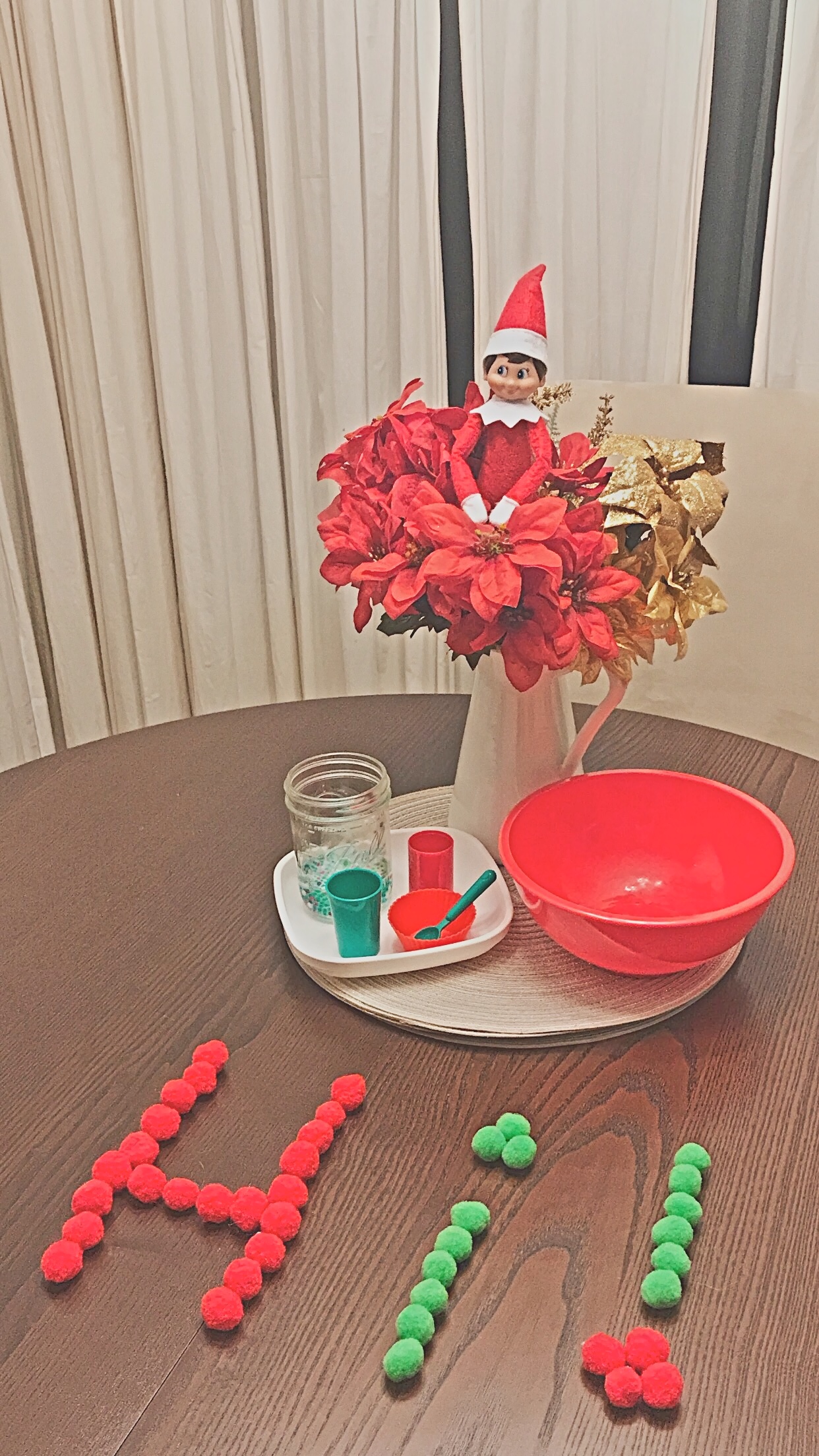 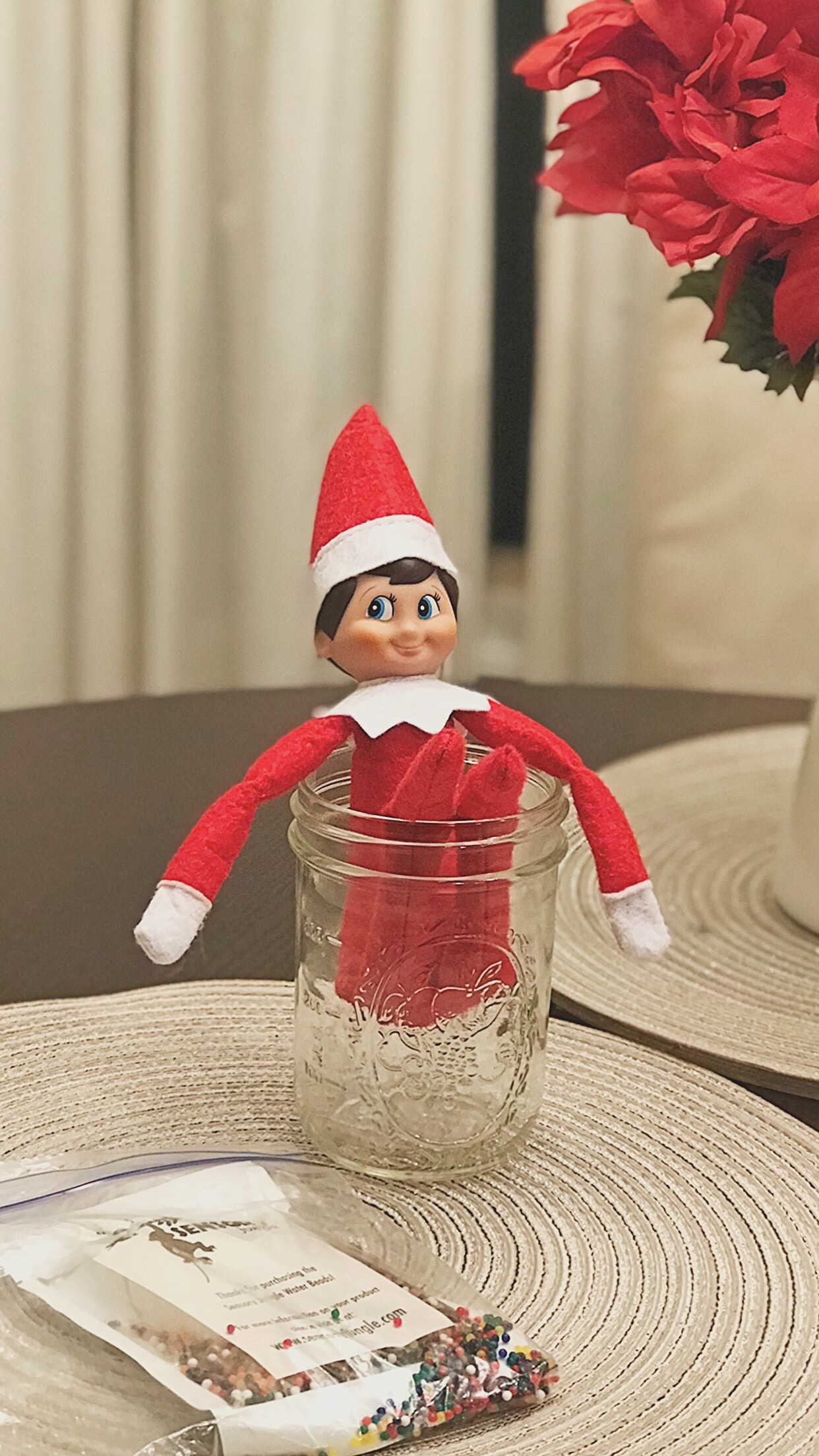 We had fun with a water bead set up that Dash left one morning – along with a sweet little message written in pom poms! 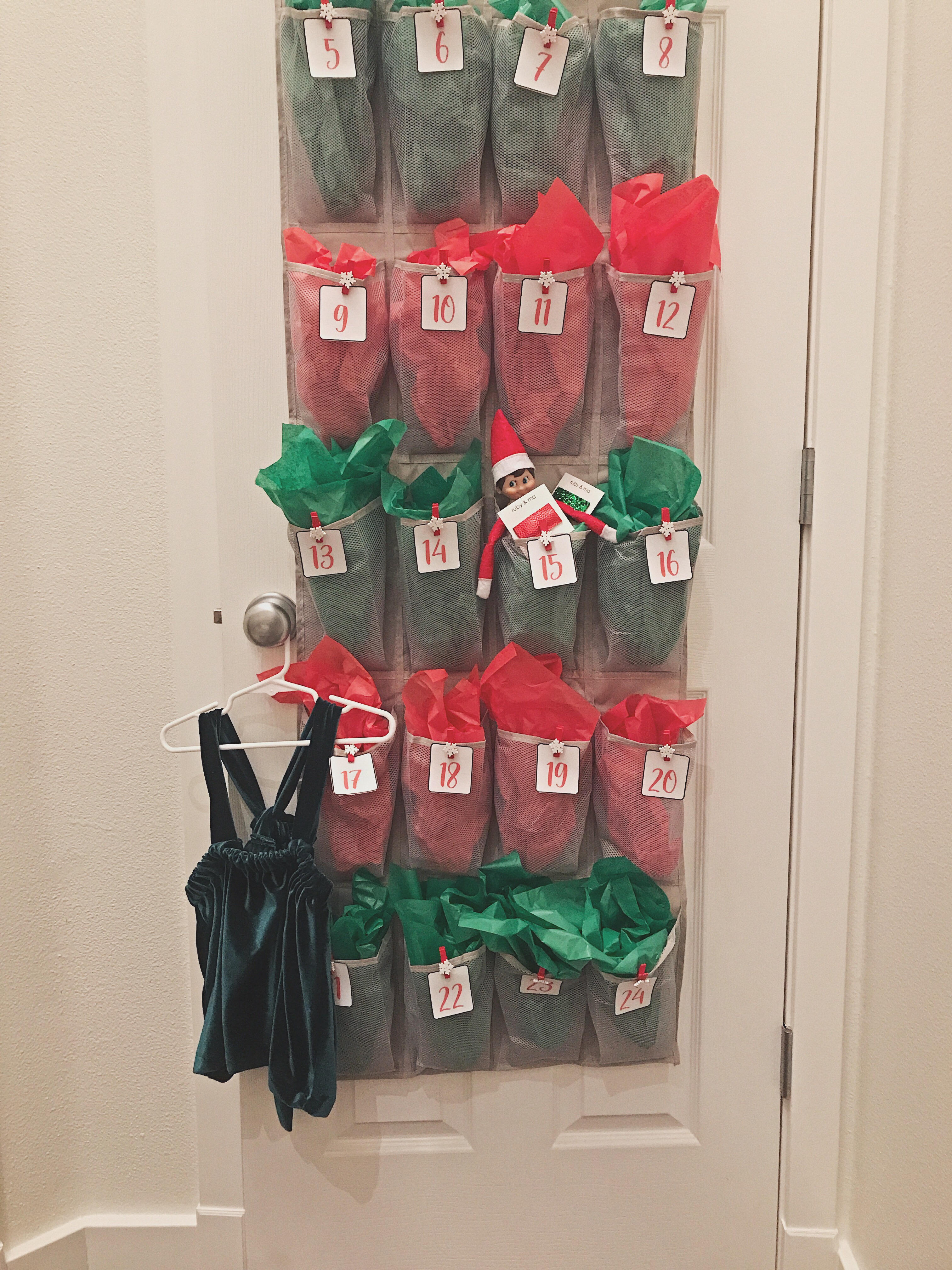 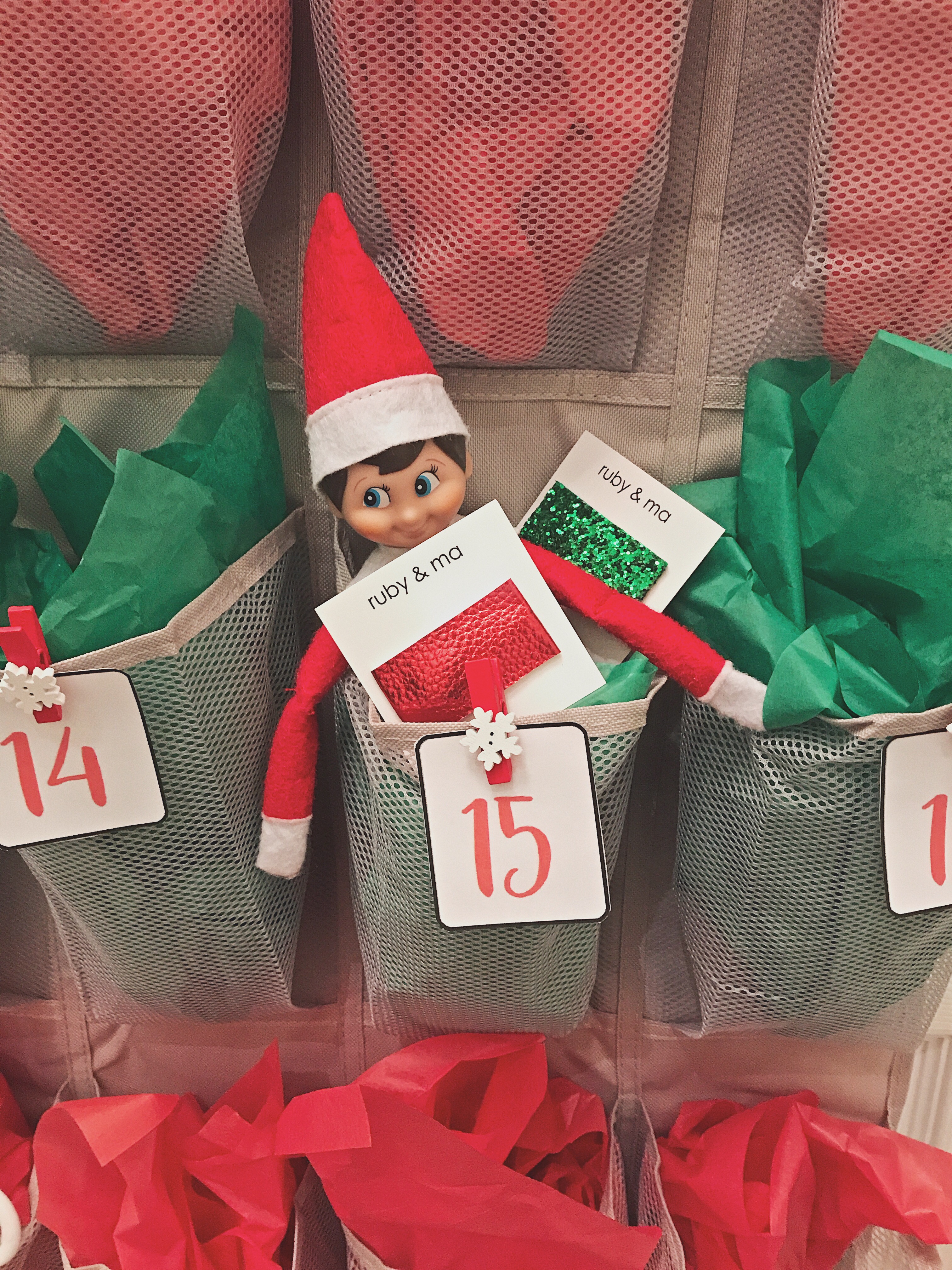 On day 15 Dash stuffed himself into Juliette’s advent calendar and brought her a fun new dress and hair clips! 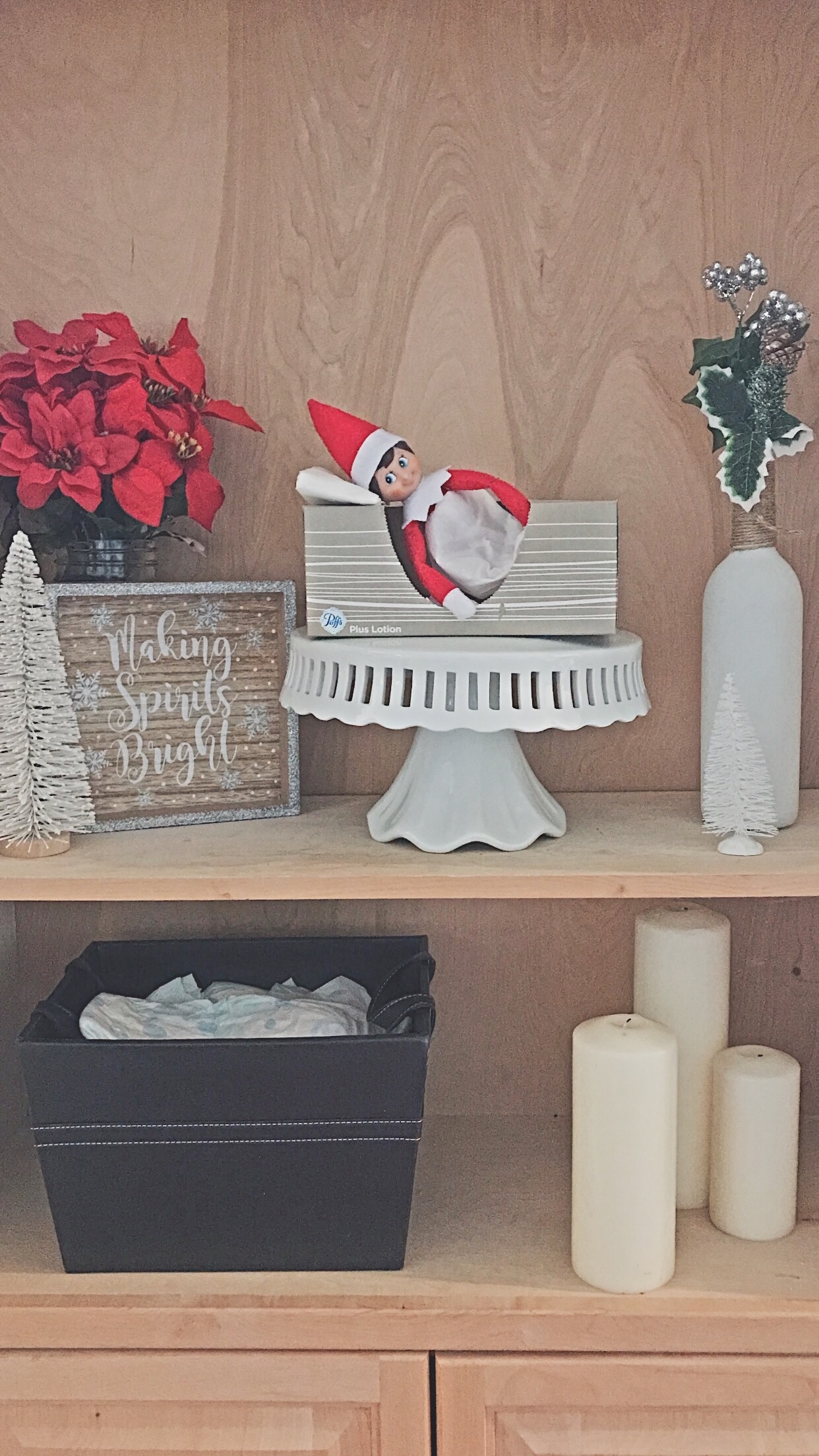 And the next day he was so tired from his travels that he needed a nap!

Juliette loved that he left her some stickers…but not before playing with some himself!

And we’re pretty sure he prefers to be the only elf in our house! 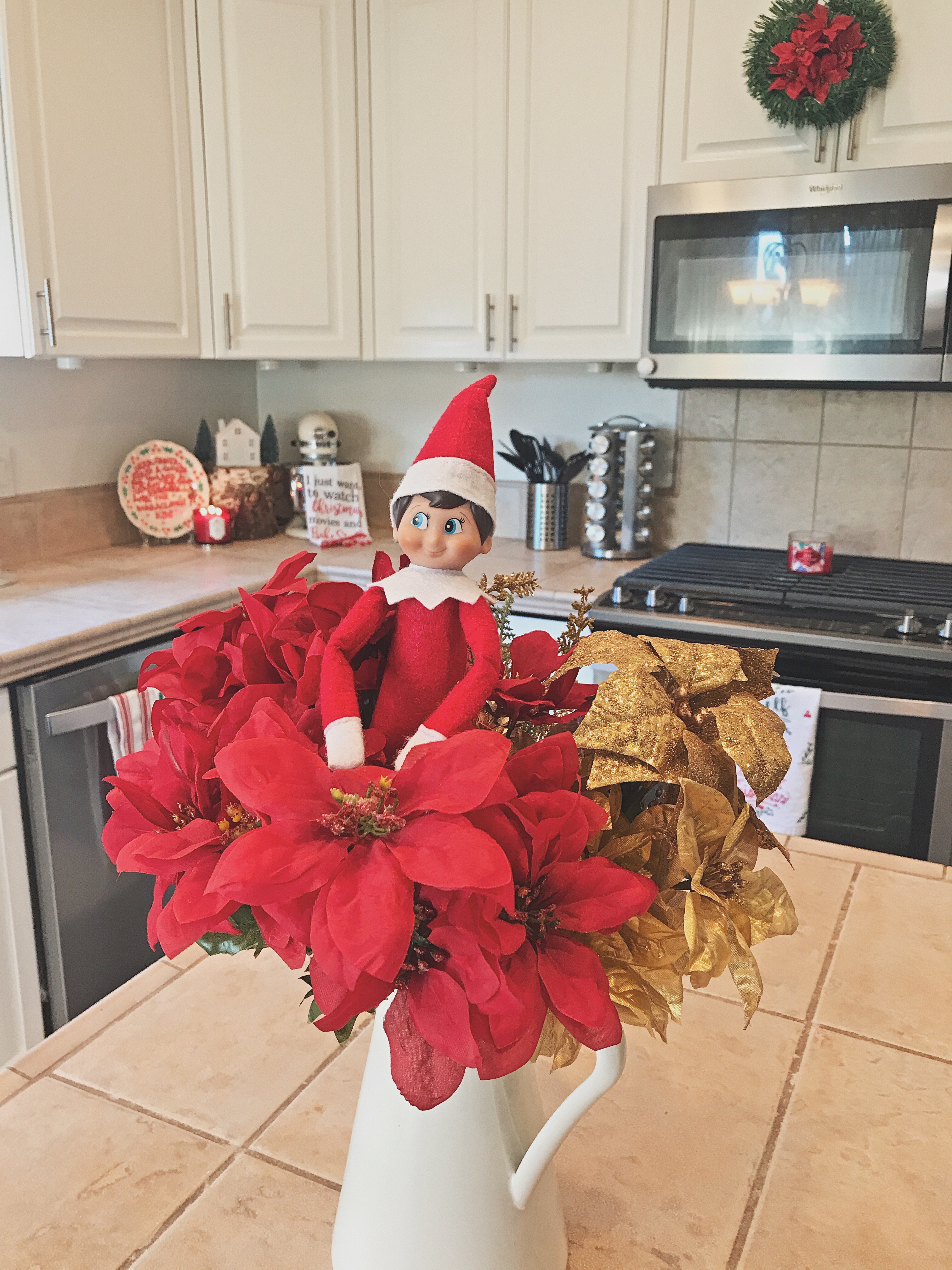 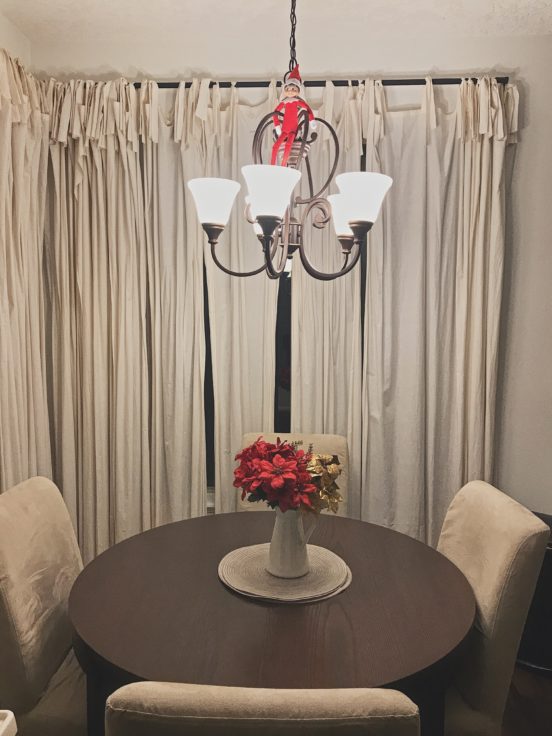 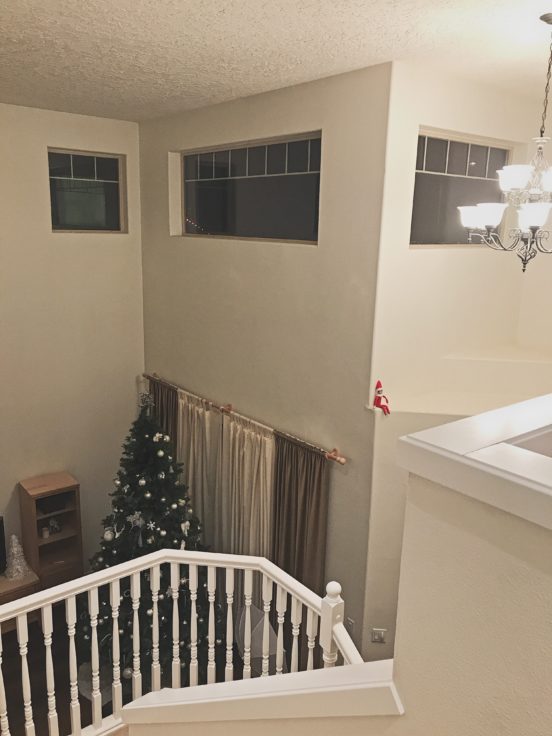 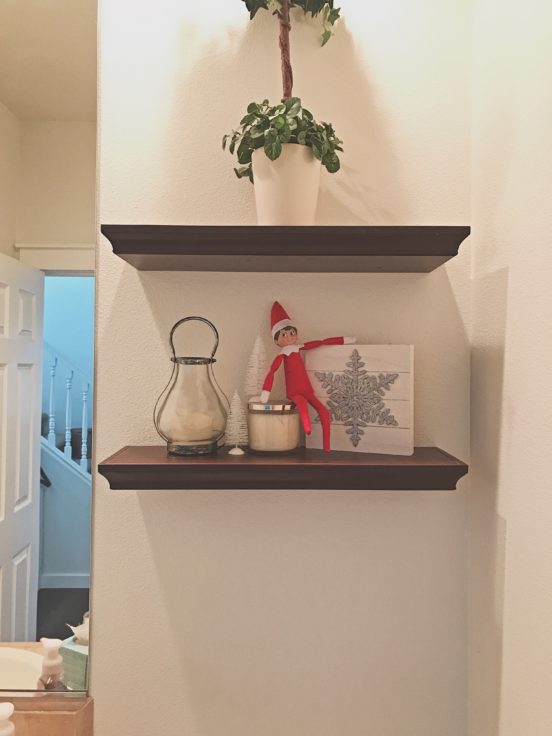 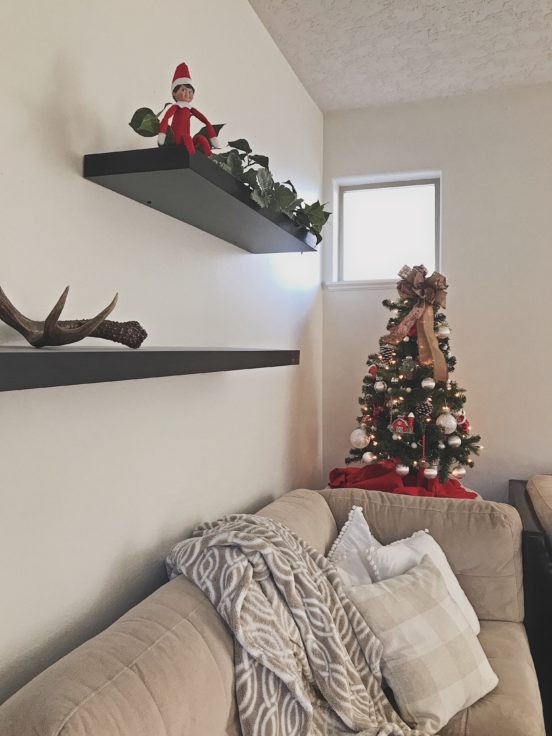 Just a few more spots where he lounged around for the day!

Dash has now made the trek back to the North Pole and has obviously reported to Santa that we have a sweet little girl on our hands! Until next year, my elf friend!